My reading habits have always strayed towards the realms of fantasy; that’s not to say I don’t like a good bit of gritty realism, but more often than not, I’m a sucker for a good quest. And out of all that, I always tend to pick up a fiction book as opposed to something real.

Not here! Please see below my rather modest non-fiction bookshelf. Although looking at it from here, I am struck that I am missing a couple of titles – there are more?!

Now I did at some point in my rather convoluted life get a university education; in fact, not only the one, but two degrees! However looking up at those books, I only ever used the three on the far right in my MA, and two of those for one essay on the Pre-Raphaelites – and that was because I was writing about a Dante Gabriel Rossetti painting of Pandora – and the other, well, because I wanted to really know what ‘postcolonialism’ was.

The rest has a distinct historical tinge. I love Neil Oliver! I’ve watched all his series, but I’ve yet to really get into either of his books. The same goes for the Andrew Marr book. I think some part of me really wanted to be a historian. The prevalence of Neil Oliver’s ancient Britain/Anglo-Saxon history books emerges from my third year studies into Anglo Saxon Literature: how very high-brow. Who doesn’t love a bit of the Wanderer? Beowulf is just far too mainstream.

The book on the Norse Myths isn’t a bit of diversification on my previous foray into Old English: I have no shame in naming Thor as my favourite film. I wanted to know if Loki and Thor really were adopted brothers. I’m still a bit confused.

I intend to read all of these in my little lifetime. I should just start from the left and move across. I mean, nobody ever reads reference books like a story. But I love my dictionary on Classical Mythology. Is there a career where you can just study lots of different mythologies? I think I’d like to write encyclopedias on the world’s mythologies. That’s like my dream job.

Do you have any opinions on my non-fiction? Too bland, too historical, too uninspired? I’d love to know your recommendations!

And of course, the speed freak on me is itching to have a go at Guy Martin’s autobiography.

I’m hoping to write maybe a few reviews of books I’ve read. Put that MA to good use! I love reading – it’s always been one of my favourite things to do, and something I’d happily spend every day doing. I’ve even got my Dad reading!

I found this picture on my iPad of a whole library load of books to read… I wonder how many I’ve actually read? I think it was taken over a year ago!

Well, I’ve read The Name of the Rose! Aaaand… that’s about it! This is what happens: I have a serious problem. I am a Book-Buying Addict! I always have the best intentions to read everything. But obviously I bought all these while I was studying for a Masters, working in Hull four days a week, and then after that, leaping straight into a PGCE. Not much time for leisure reading.

However, now that I am free of all study – having left the PGCE – I should have the time to read! Here’s an idea… which of these books do you think I should have a stab at? I think I’m about fifty pages into Middlemarch, and I read the first chapter of Lolly Willowes… but they’re all super exciting books. What do you guys think? What should I read?

As a double literature graduate (at BA and MA level), I think it’s acceptable to have rather overstuffed shelves. These are shelves that consist of probably over ten years’ worth of purchases and gifts (not to mention the boxes of books under my bed, in the guest room, and probably in the workshop and the containers). And now that I’ve left my PGCE, I have time to actually read books!

Here is a snapshot of just one shelf in my bookcase:

As you can see, there’s a bit of a diverse selection here. The shelf above, for the beady-eyed, is a predominantly fantasy themed shelf: mainly Ian Irvine and Robert Jordan books. I got to about book seven in The Wheel of Time about two years ago and then stalled, so as you can tell by the prevalence of the first three on the shelf below, I have restarted.

The main focus of the picture is the middle shelf, occupied by my ‘Need to Read’ section. I got The Luminaries for Christmas in 2013, and have only just finished it. For Christmas I got The Bone Clocks and Clariel, both of which I have recently finished, and I have newly started CJ Sansom’s Dissolution.

As well as Dissolution, I’m up to The Dragon Reborn in The Wheel of Time (which tends to be my ‘bath book’, and I’m going to start The Taxidermist’s Daughter, as signified by the presence of my Bard the Bowman bookmark. Bard the Bowman! 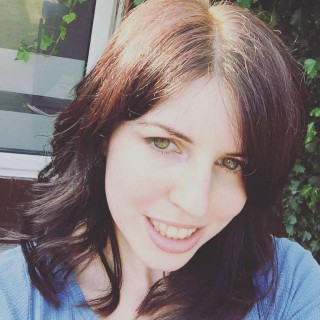